I hope you’re not too burned out on Elsa, yet, because I have one more set of photos to share with you. These feature our little Annika (19 months). She is wearing her very own “Elsa” dress I found at Goodwill. As you can see, I added snaps to the side-fronts so I could use the same cape worn by both Emma and Eliza. 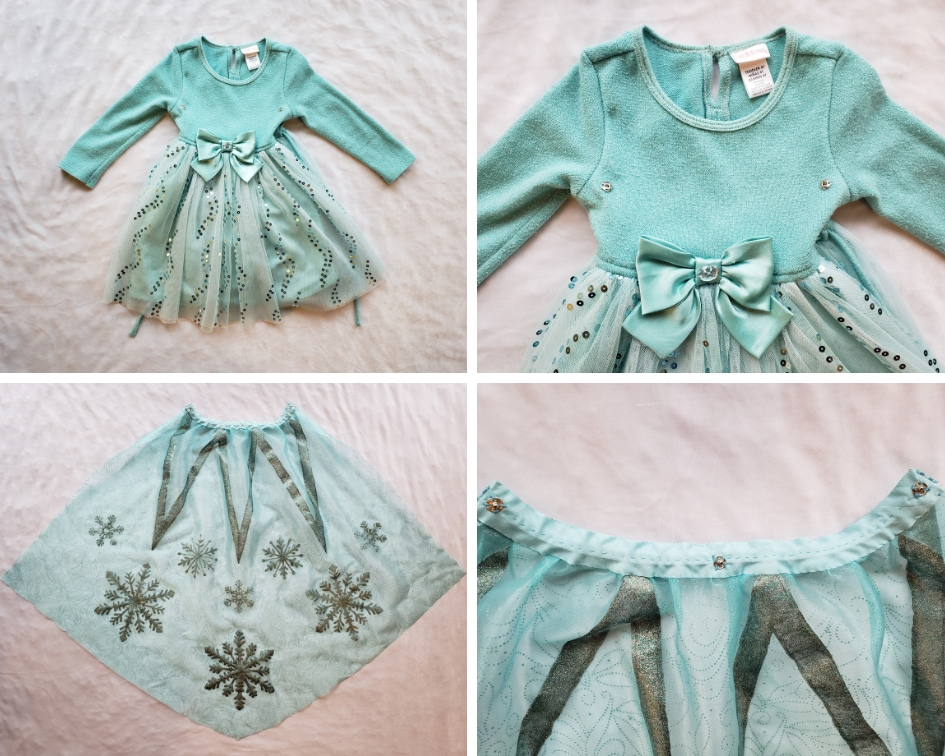 (I ran out of snaps, or I would have also put one in the center back of the dress.) 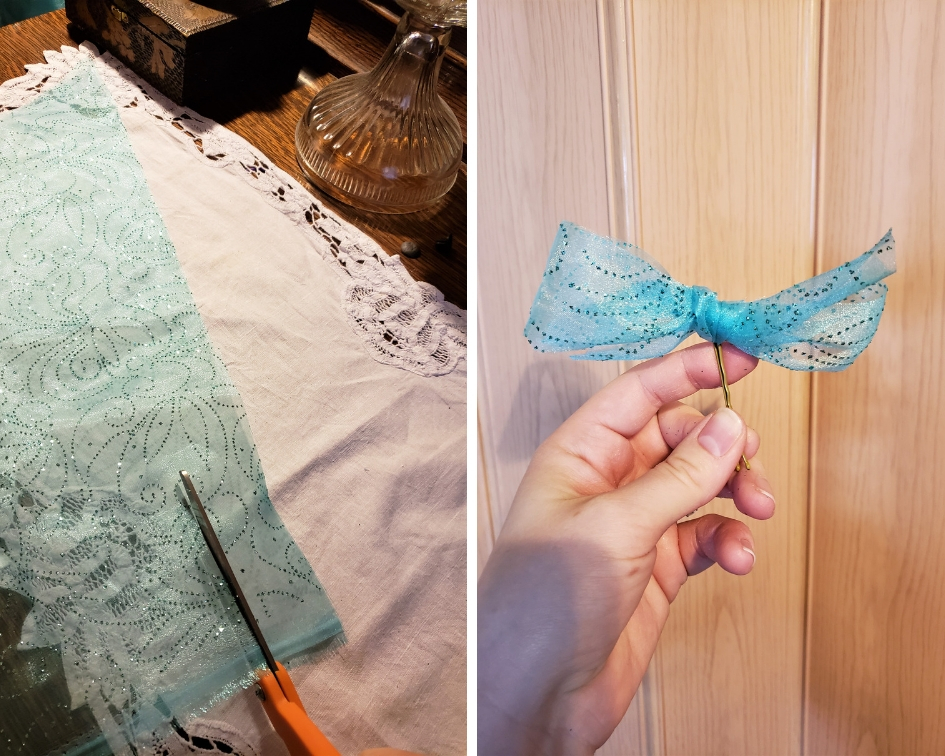 I style Annika’s hair into a little pony tail on top of her head. (It’s the only style that she will leave alone without pulling it out and it also keeps her hair out of her eyes.) So, I decided she needed a little hair bow to match her costume. I snipped a strip of leftover cape material and slid it onto a bobby pin. 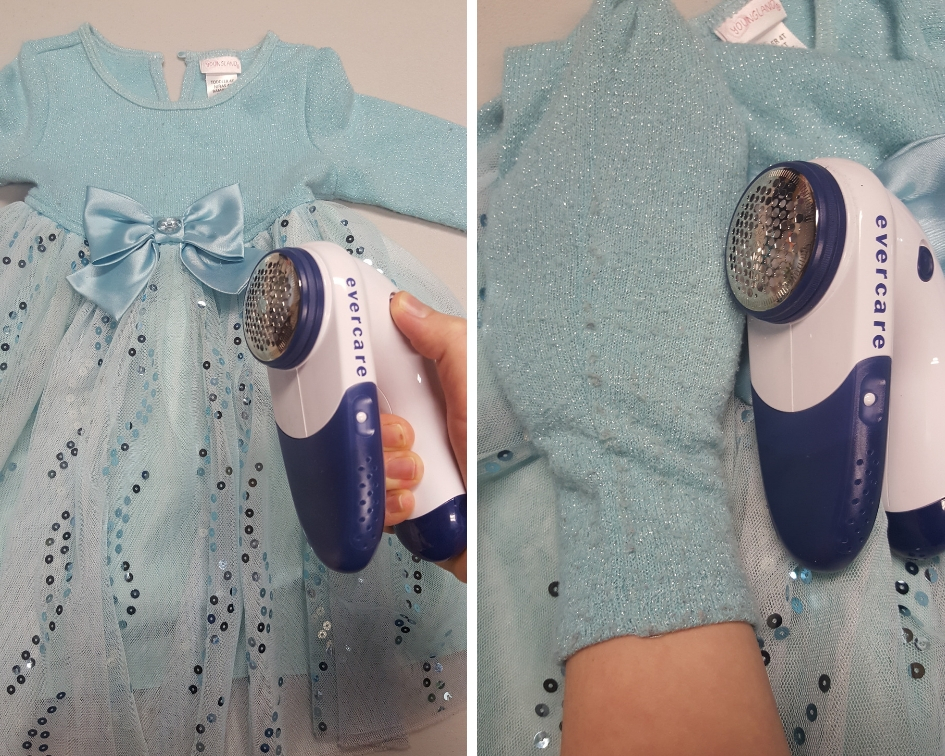 Oh, also the dress originally had a lot of pilling on it, so I took my Evercare Fabric Shaver to it. Okay, NOW we can go back to the photo shoot! 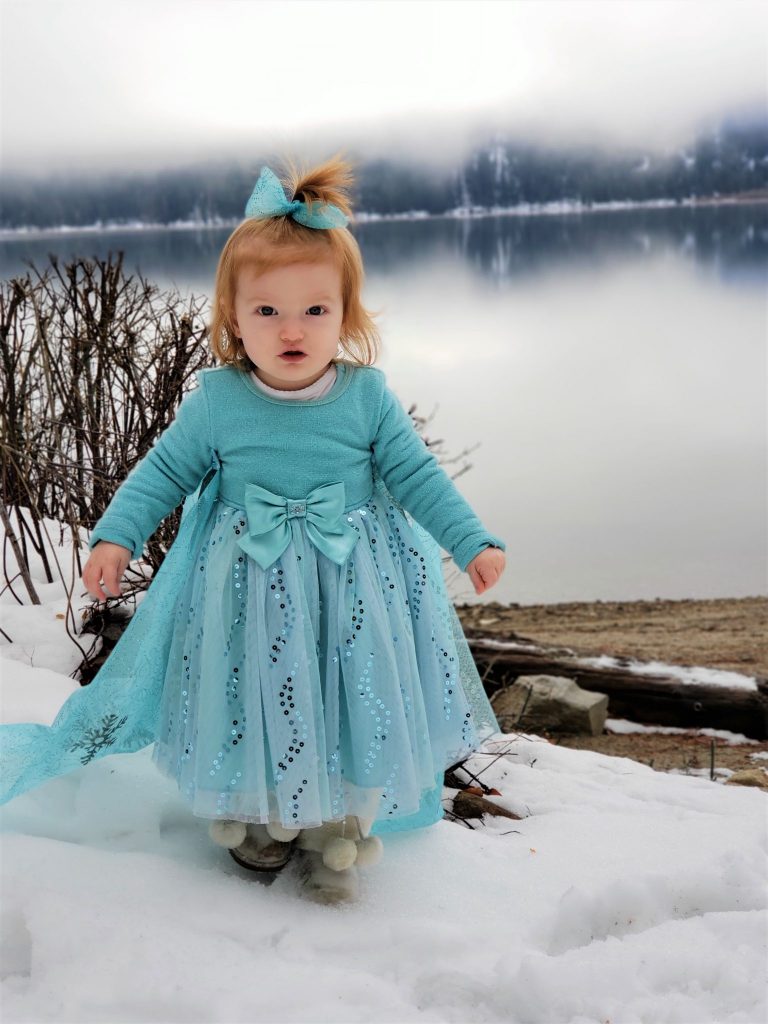 Here she is! Itty bitty Elsa in a giant, frozen wold. 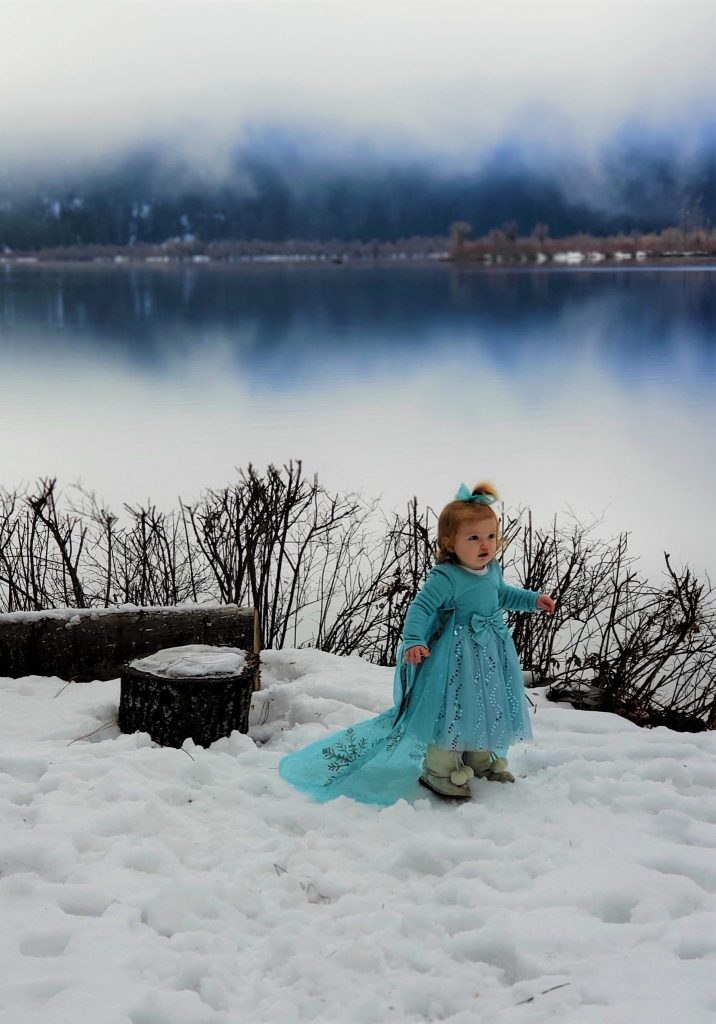 The mysterious fog across the lake was so lovely. 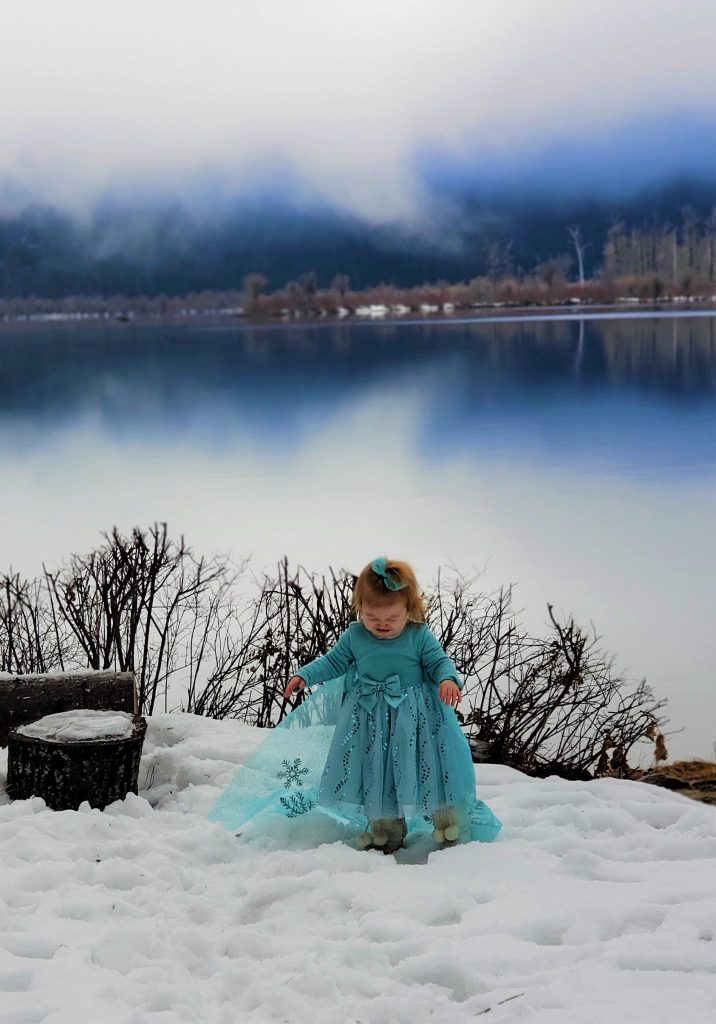 She got mad at us for a minute because we were cramping her style. 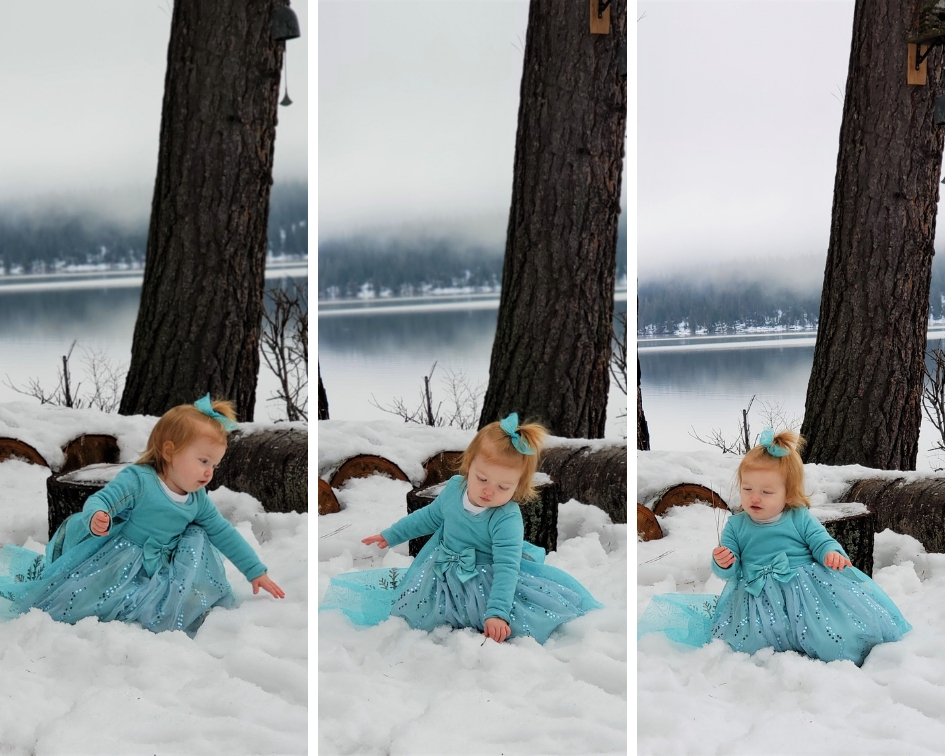 A clump of pine needles made her happy again. Annika loves holding sticks! 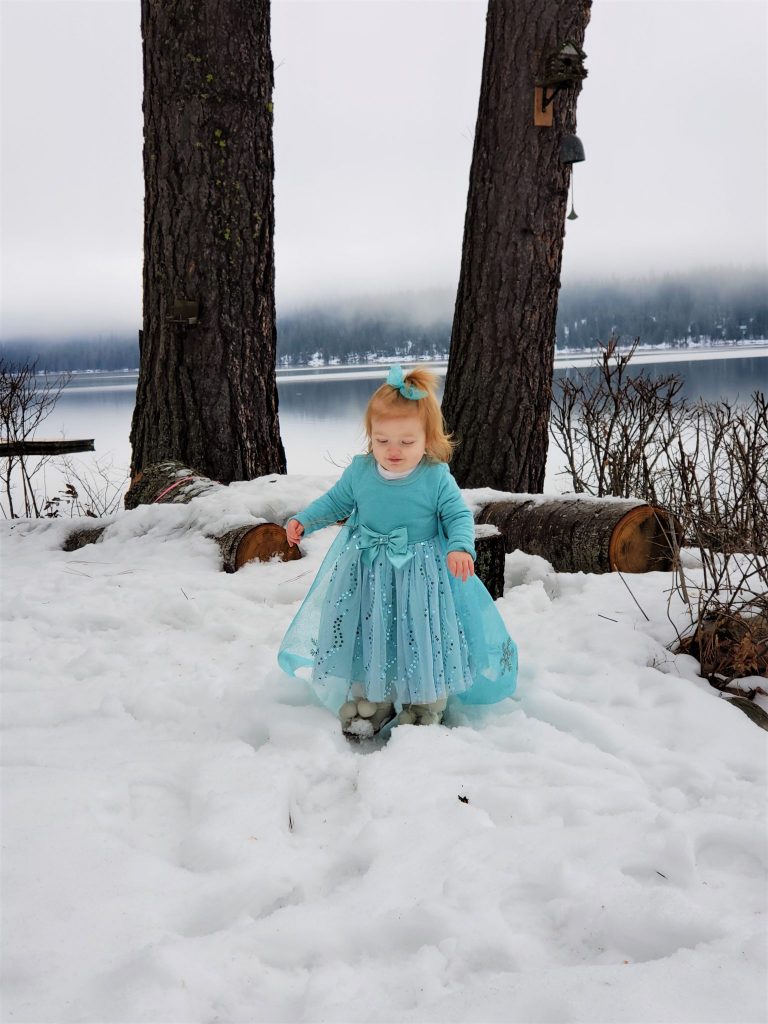 Ready to happily strike out across the snow with her pine needles. 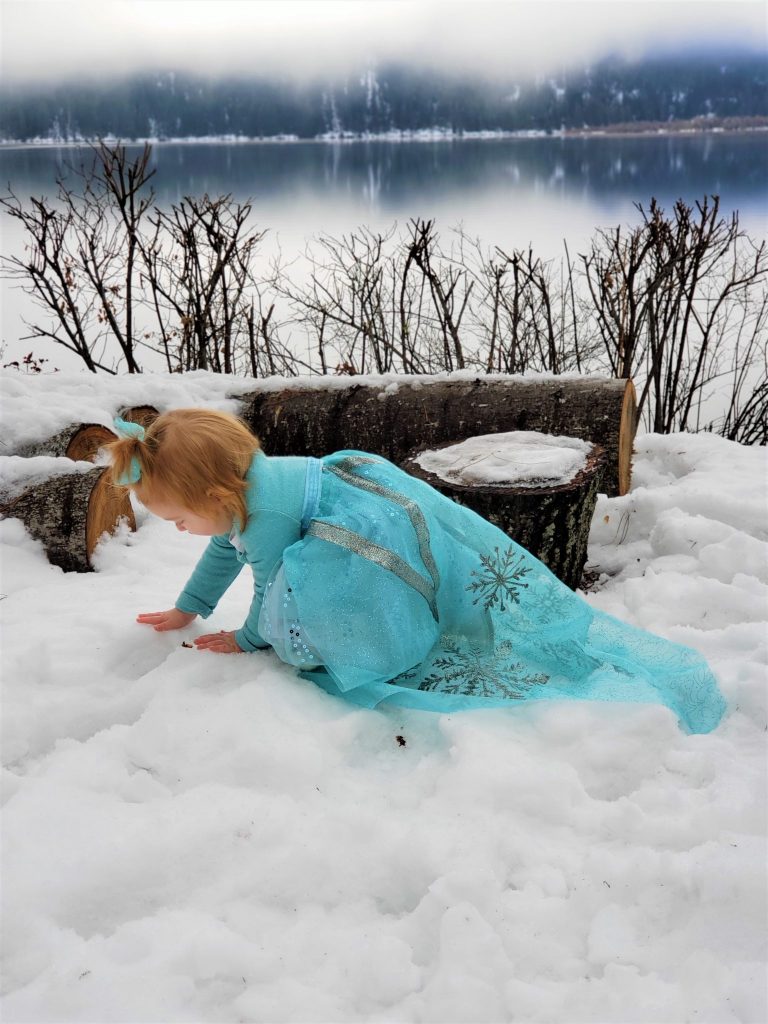 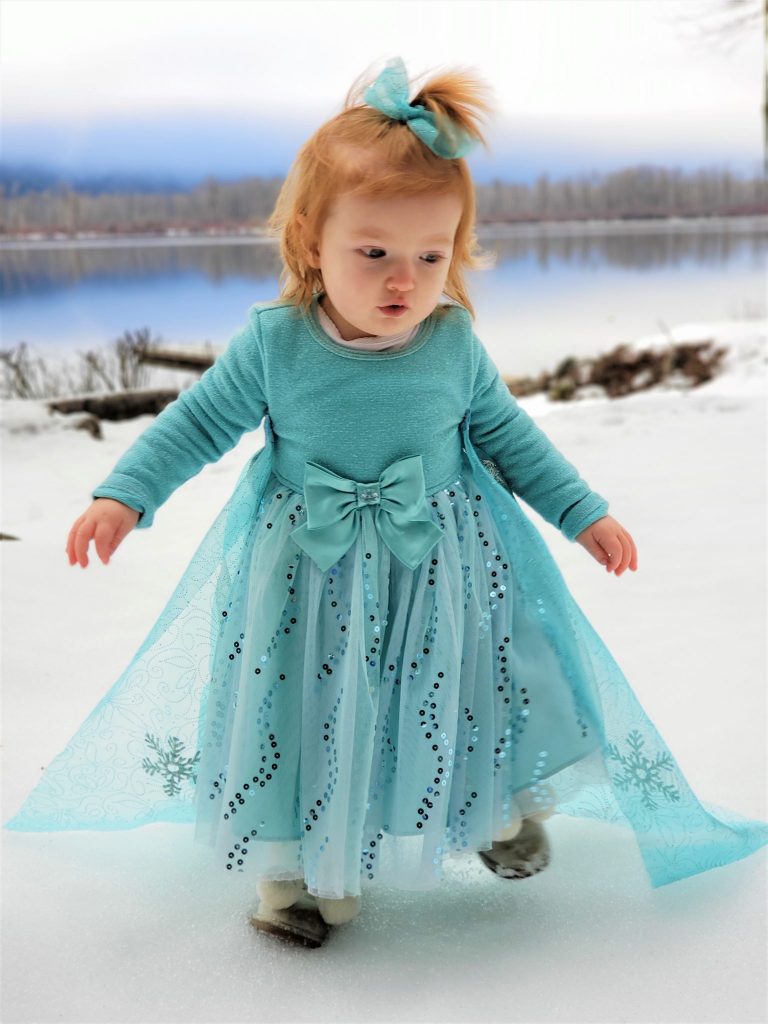 She was so light that she was able to skim along the crust of the snow.

Heading up the “North Mountain”. 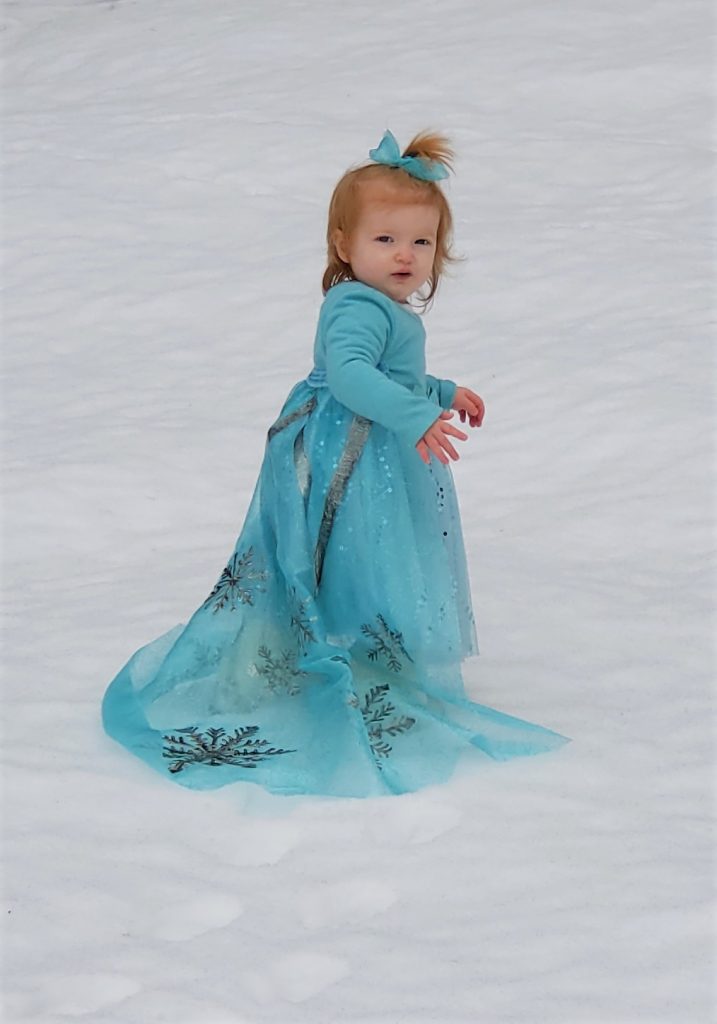 She was so intent on exploring that it was really hard for me to get any pictures of her little face! It works, though. Elsa spends a lot of time running away in the movie. 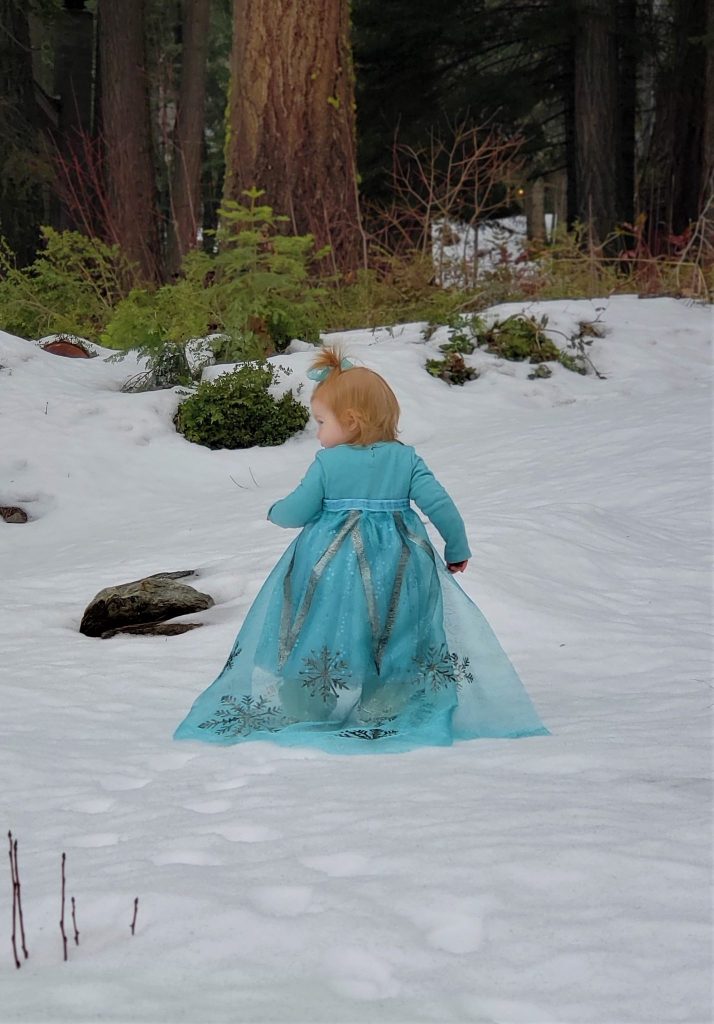 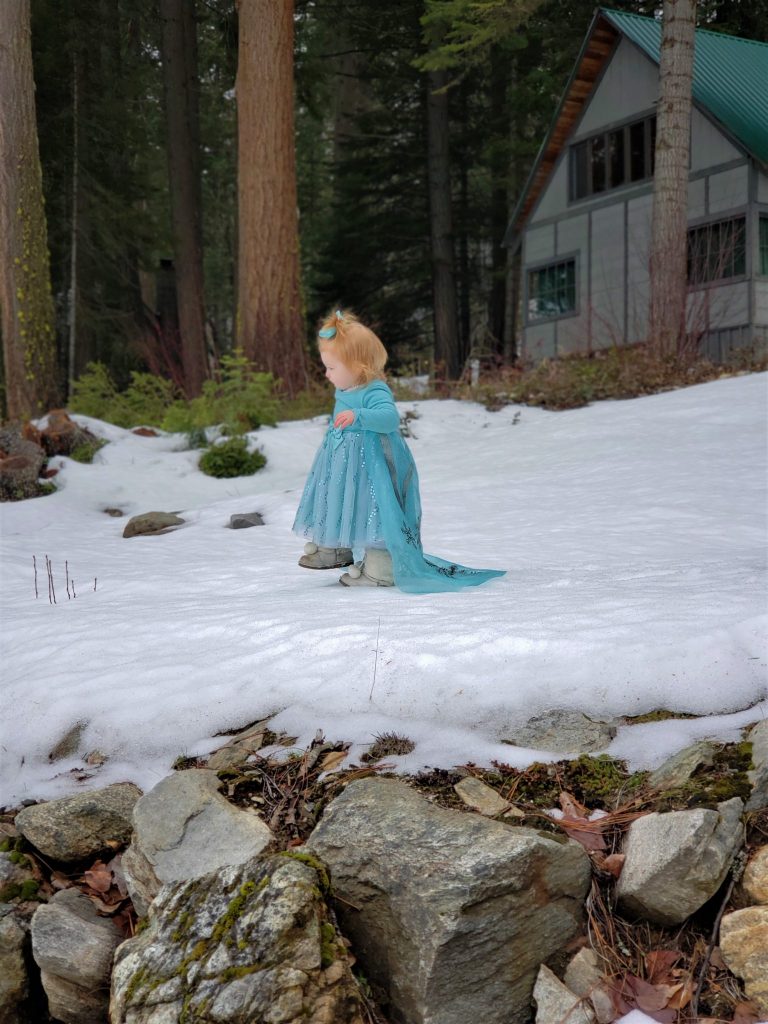 She was so happy to be outside and didn’t even seem to notice that she was wearing a costume. 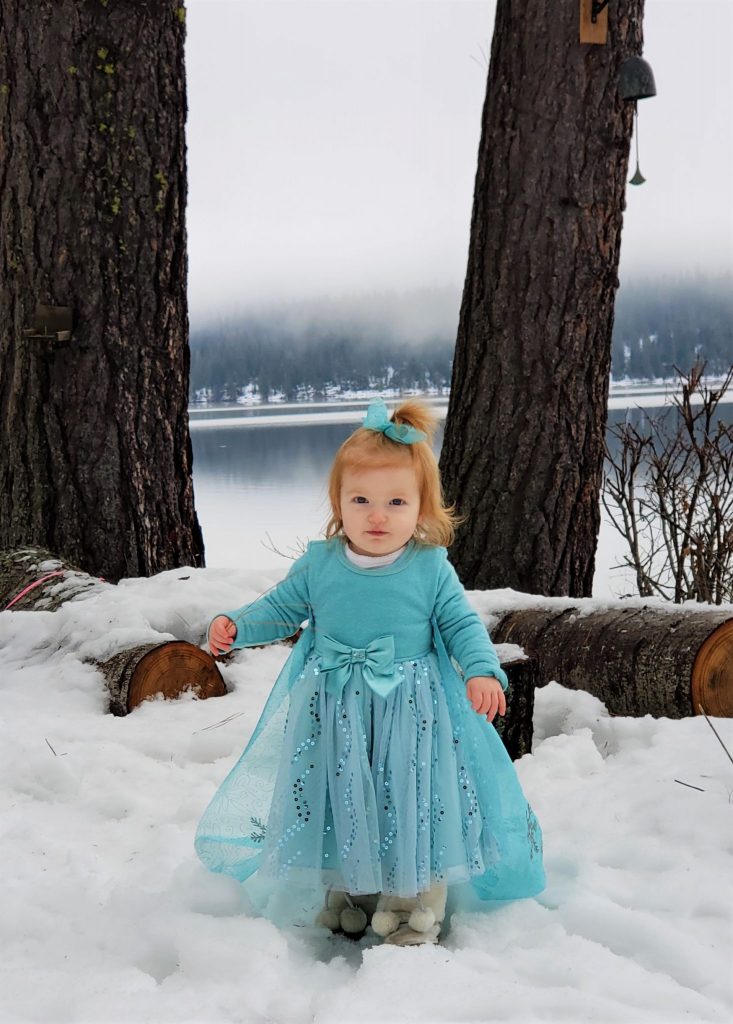 We just love this little girl! 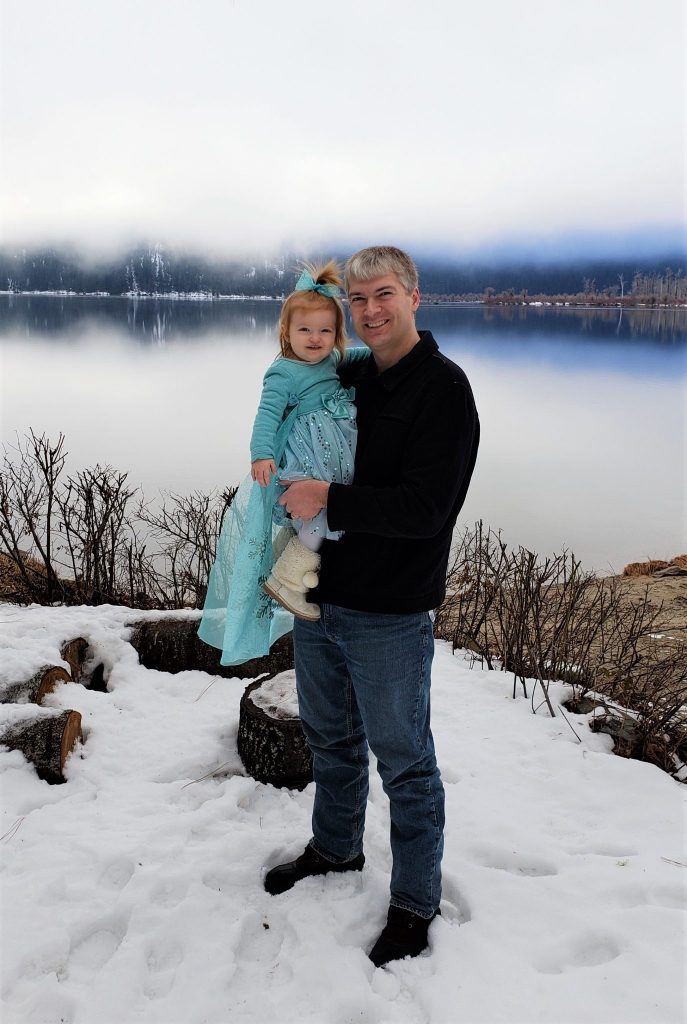 As usual, I couldn’t have pulled any of this off without my best friend and accomplice; my husband, Jeff. It turns out he’s excellent at handling models. 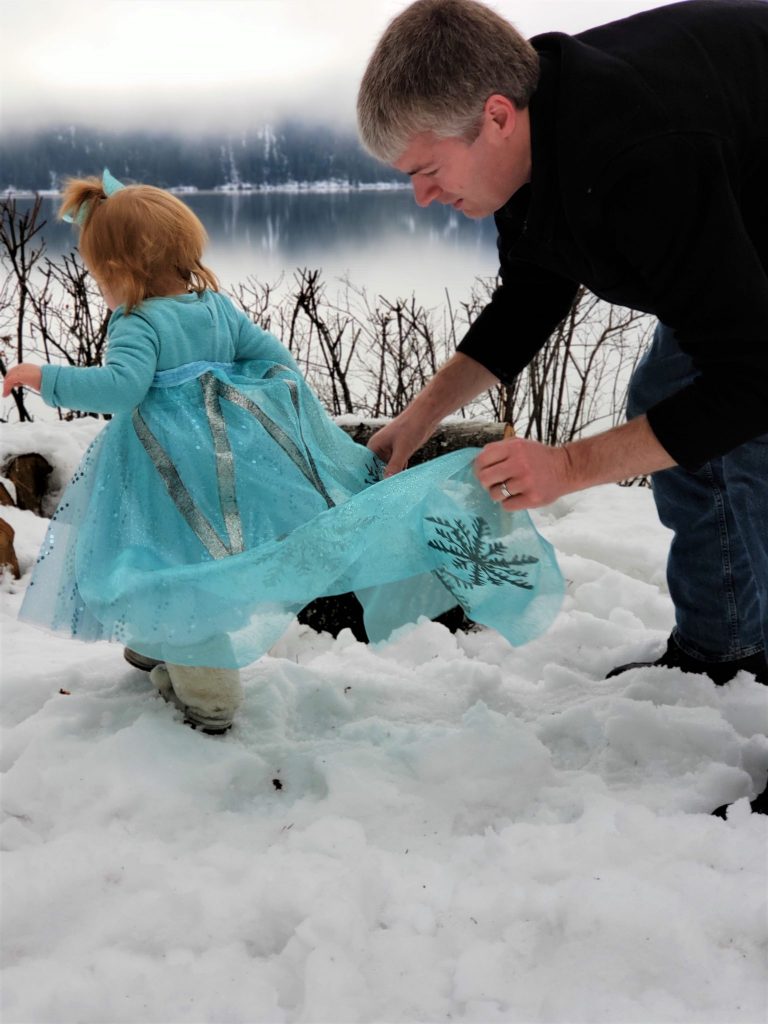 Adjusting Her Majesty’s train. I told Jeff that he wouldn’t need to fix one of our daughter’s trains for another twenty years, or so. 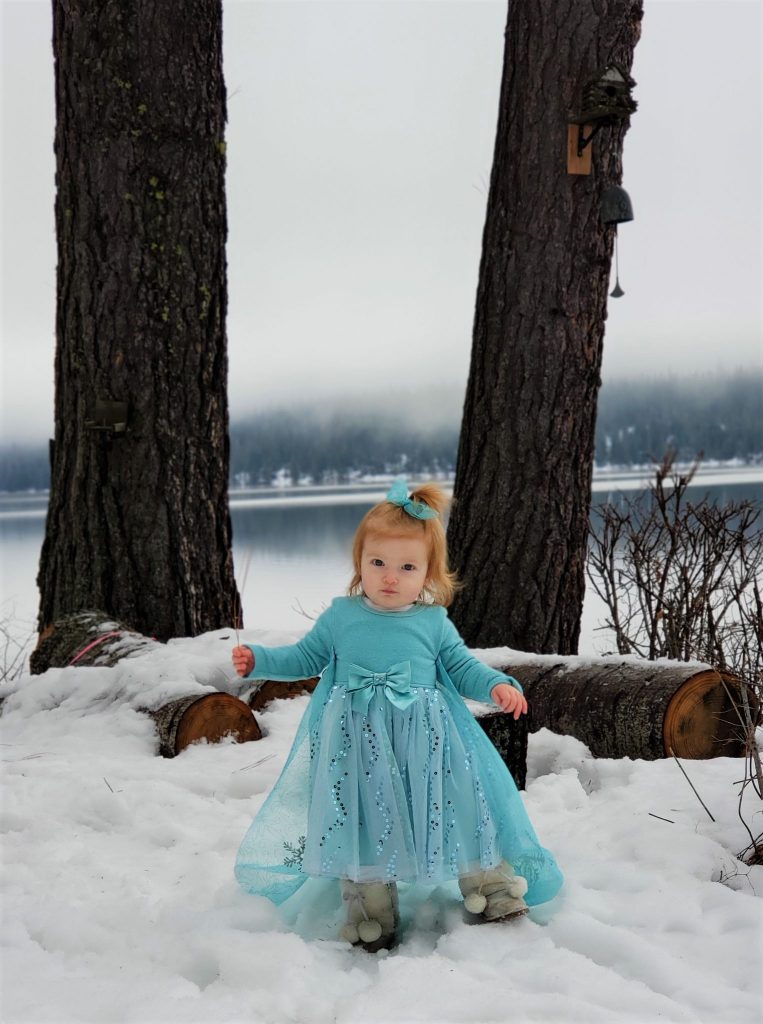 And that’s a wrap, folks! Stay tuned for upcoming posts about making a Kristoff costume for Elliott. 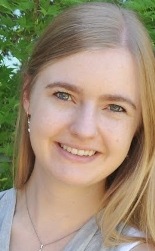